The Adventures of Huckleberry Finn

One child’s adventure is another man’s nightmare…

Figure 1: Image from a scene in the book 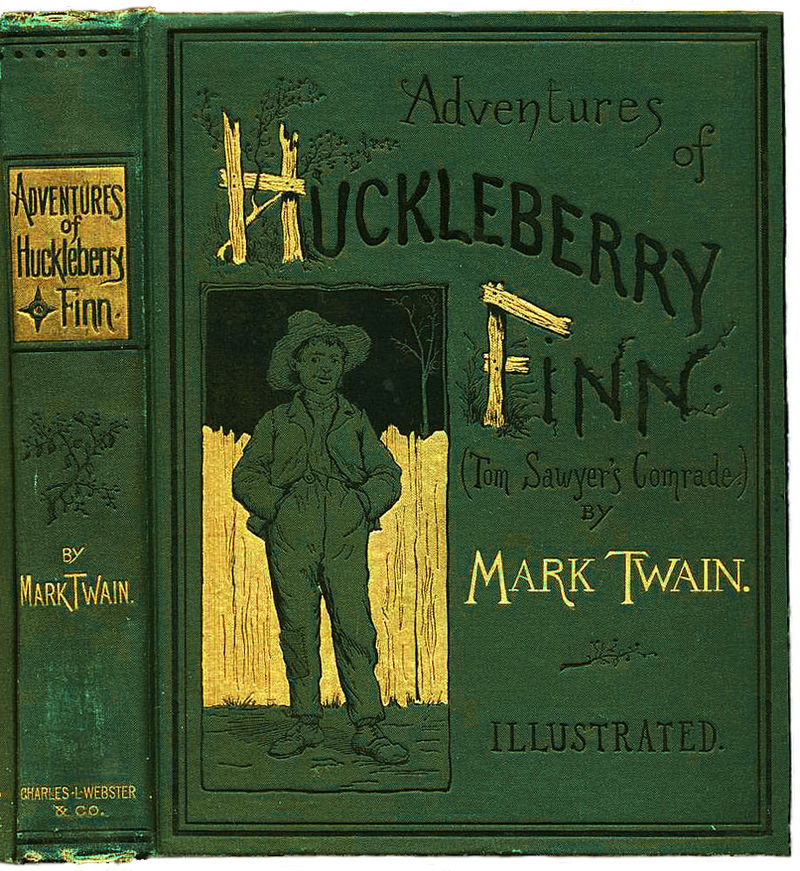 Figure 2: Book Cover of the 2nd edition of The Adventures of Huckleberry Finn

The novel The Adventures of Huckleberry Finn by Mark Twain has been censored across the United States of America by local school systems. The text was censored primarily in two waves, with the first wave ranging from 1885-1905 and the second wave ranging from 1957-2005. The novel was censored for the racial elements used in the novel, primarily the use of the word “nigger”. The plot of the novel involves the young Huck Finn being “sivilized” in Missouri when his father demands the large sum of cash that Huck had encountered at the end of Twain’s predecessor novel The Adventures of Tom Sawyer. After being taken by his father, Huck then fakes his death to escape his father and befriends a slave named Jim. Huck battles with the idea of helping Jim escape slavery until Huck decides “All right, then, I’ll go to hell” (Twain), then his friend Tom enters the picture. Ultimately, Huck discovers that his father has died, Tom gets shot, and Jim finds out that his owner has freed him in her will, having died while he was in the process of running away. Scenes from this book depict African-Americans and whites interacting frequently with one another, as shown in Figure 1, which is considered to be an controversial aspect of the text. This text challenges the ideas of accepted morals within a society and that is one of the primary reasons for its censorship. School systems argue that the novel encourages racism by not directly challenging the racial elements placed in the novel.

Resources were compiled from various sources in order to provide a deep analysis of the censorship of The Adventures of Huckleberry Finn. One of these sources was an interview, conducted via email with David Bradley, a published author and retired faculty member of the University of Oregon. Bradley has participated in several previous interviews and opposes the censorship of The Adventures of Huckleberry Finn. A video that includes one of Bradley’s previous interviews, as well as examines the censorship of the novel as a whole, has also been attached below. A transcript of this interview, the one conducted specifically for this blogpost and not the one conducted by CBS, has also been published along with a brief introduction and biography of Bradley.

When discussing the censorship of the novel, some argue that in removing the novel from schools, including their curriculum and libraries, students are losing exposure to classic literature. In losing this exposure they also lose all that they may learn from studying classic novels and authors such as The Adventures of Huckleberry Finn and Mark Twain. Some of the controversy surrounding this idea of students losing out on exposure is illustrated by Figure 3 through a political cartoon posted by the Washington Post.

Resistance proceeded almost immediately after the American publication of The Adventures of Huckleberry Finn in January 1885. The Concord Public Library in Massachusetts pioneered the movement of the novel’s censorship in March. Individual members of its library committee have complained about Huckleberry Finn’s lacking humor, dialect, and use of vulgar expressions, but collectively argued that the novel “deals with a series of experiences that are certainly not elevating” (Railton). The term “elevating” deserves attention as it pertains to the values of an America transitioning from Reconstruction to the turn of the twentieth century: a time when a standard of gentility was placed upon the people, drawing from industrialization, Christian principles and westward expansion. Society had relied heavily on factuality and hierarchy. Respect and special privileges were enjoyed by an aristocratic class, and this measure of nobility is one which the Concord committee believed the novel’s main character did not fit. The novel was thought to leave the impression on children that it was acceptable to be disrespectful to authority figures, thus leading to a disturbance of the peace in the United States. Moreover, The Adventures of Huckleberry Finn was not the committee’s first brush with Mark Twain: the committee found it “totally unnecessary to make a very careful examination” of the novel after deducing Twain’s reputation from a number of his other works (Railton). After the censoring in Concord, the banning of the novel spread to libraries and schools in other areas around the country, including Omaha, NE; Denver, CO (1902); and Brooklyn, NY (1905) (West 2482).

Detractors of The Adventures of Huckleberry Finn found it “more suited to the slums than to intelligent, respectable people” (Green and Karolides 4) of the Progressive Era, an era renowned for the government being placed on a pedestal to promote a safe, comfortable atmosphere for all Americans.  It was also equated to a dime novel, a name given to low-cost, popular stories classified as either an adventure or melodrama. Author and Concord native Louisa May Alcott warned that “If Mr. Clemens cannot think of something better to tell our pure minded lads and lasses, he had better stop writing for them” (West 2482), while she had written dime novels of her own under different pen names.

Over time, other authors and academics have lauded the novel: T.S. Eliot called it a “masterpiece”, and Ernest Hemingway claimed it as the derivative of modern American literature (West 2482). Educator and founder of the Tuskegee Institute Booker T. Washington stated that “[Twain] succeeded in making his readers feel a genuine respect for Jim” (Green and Karolides 4). Even Twain himself poked fun at the controversy, as he said it would have brought more interest in the novel and generated sales (West 2482).

It’s now fall 1996, and a freshman English class at McClintock High School in Tempe, Arizona has been working through their required reading for the semester. The class has reached a novel by 19th century author Mark Twain entitled The Adventures of Huckleberry Finn, and has started reading. One student, Jane Doe, goes home that day and tells her mother, Kathy Monteiro, about the book they’re reading in her English class, about the racial slurs used in the book, and about the way the novel made her feel. Ms. Monteiro brings up these complaints to the school, and the teacher sends Ms. Doe to the library to study alone while the rest of the class discusses the texts.

Fast forward to October 1998. Ms. Monteiro now has gone through multiple legal trials on the teaching of The Adventures of Huckleberry Finn in her daughter’s high school freshman English class. According to her argument, her daughter, as well as other African-American students, suffered psychological damage and lost educational experiences due to the required reading. The complaint further stated that the Tempe Unified Union High School District recognized these psychological injuries but refused to offer support in forms other than self-study time in the library. Ms. Monteiro further alleges that due to the required reading, there has been increased racial harassment towards African-American students. Ms. Monteiro is seeking a declaratory judgement, claiming that the behavior of the school district violated her daughter’s rights under the Equal Protection Clause of the Fourteenth Amendment and Title VI of the Civil Rights Act of 1964. What’s notable about her argument, however, is the lack of the desire to exclude the novel from voluntary reading lists (Monteiro v. The Tempe Union High School District).

The Supreme Court of the 9th Circuit concluded on October 19, 1988

That the amended complaint sets forth allegations that satisfy all three parts of the test for a violation of Title VI based upon a hostile racial environment… however, we reverse only as to those portions of the amended complaint relating to the incidents of racial harassment and not as to those portions relating to the assignment of Huckleberry Finn… or the refusal to remove those literary works from the mandatory assignment list (Monteiro v. The Tempe Union High School District)

This decision kept with the lower court’s opinion that the district had not violated Ms. Doe’s rights by including The Adventures of Huckleberry Finn on their mandatory reading list, and that the district had the power to determine what books were appropriate to include on a mandatory reading list. This case is now considered a precedent when discussing the censorship of The Adventures of Huckleberry Finn when in reference to its exploration of racial tensions.

After the first wave of censorship, The Adventures of Huckleberry Finn still had one final hoop to jump through before becoming one of the most taught pieces of literature in the high school English setting (Applebee). In the late 1950s, the National Association for the Advancement of Colored People (NAACP) protested the racial presentation in the novel, notably focused on the use of the word “nigger.” This argument did not develop extensively however, until 1982 in Fairfax County, Virginia, thanks to a man named John H. Wallace. Wallace’s main argument was that “nigger” is ipso facto (by that fact) racist and should not belong in a public school’s curriculum, even as part of a reading list (West 2482). Even though Fairfax County did not end up banning the book from the school’s reading list, this event provided momentum for the second wave of censorship.

As time carried on, school districts and other entities in 23 different states challenged the book and ended up banning it. The book eventually came to be among the top 10 most censored books in a list published by the American Library Association (ALA). Publishers eventually turned to a drastic measure, and created a “clean” version of The Adventures of Huckleberry Finn, one where the word “nigger” was replaced by euphemisms such as “slave”, “servant”, or “folks” (Green and Karolides 5).

African-Americans especially have had polarized viewpoints on the novel. John H. Wallace, as mentioned above, noted that the reading of this text was humiliating to black students, as well as the word “nigger” being ipso facto racist and should not belong anywhere in the public school curriculum. Many have said that the depiction of Jim as a stereotypical slave does not represent traditional black values and the novel is culturally insensitive. However, many African-Americans have had positive words about the novel and its literary significance. One large proponent for the novel is author and retired English professor David Bradley, saying “that was what most black Americans were called in the 1840s, which is when the book takes place. To delete the word is to rewrite history” (West 2483). Bradley also incorporates the idea that people are opposed to the book, not only due to the word “nigger”, but also due to shame. “Americans are, not unreasonably, ashamed that there ever was chattel slavery in this county,” Bradley states, commenting on underlying intentions, “and employed all kinds of repressive strategies to deny its nature and continuing effects.” Bradley digs deep into the source of censorship, which is a tricky thing to consider, especially since our current society seems focused on self-censoring and on hurtful, or offensive words rather than actions themselves.

Even with all of the controversy over The Adventures of Huckleberry Finn, why do we still teach it in classrooms across the nation? Some teachers value their student’s education. Simply put, some teachers value the process in which a student experiences literature and science and math and all of the many subjects found in basic schooling, rather than just giving out a standardized test and letting the children of the world loose. “Real teachers want their students to confront those dangerous issues [found in The Adventures of Huckleberry Finn] in the safe space of a classroom,” (Bradley) and then the students can successfully go out and face the world, with the experience of dealing with the hard issues found in the novel.